Asking for a friend: Is Your Songwriting Dated?

Are you writing songs for you, your family and friends to hear? Or are you hoping to have a hit?

If it’s friends and family you’re writing for, no problem, write what you like nothing here applies to you. If your aspiration is for your creation to run the “A&R gauntlet” to a major label artist, there are many things that can knock your song out of contention.

One of those things is sounding dated. That can be in the writing itself, the subject matter, or the demo recording. it’s often the kiss of death if an A&R person is thinking, “This could have been a hit back in the 80’s”. But that happens… a lot.

Many writers get mentally entrenched in what was popular in their formative years, not realizing how much radio hits have changed over time.

The instruments change. The way records are mixed changes. Listen to 3 or 4 country hits from the 60’s, 70’s 80’s etc. on up to current hits. you’ll hear dramatic differences every 10 to 20 years.

Lyrics change. The culture changes. If your lyrics are conjuring up stereotypes from a decade or more ago, it’s not likely your song will get very far.

One thing to be very careful about is when you attempt to reference something familiar and universal in your song. If you reference a famous movie star, will the younger people who buy most of the records even know who you are talking about? Stadiums and teams get re-named. Products go out of production, stores go out of business. Slang and cliches fall out of favor and new terms take their place.

Review your catalog or have it reviewed by someone who won’t pull punches. Be sure your songs are similar in terms of lyric content and overall sound to what’s getting played on radio right now. If not, updating is in order.

Recording here at Nashville Trax was a great choice that may parlay into a record deal for this 16-year-old dynamo.

The third time recording here was the charm that landed New Zealander Grace Kelly possible lifetime royalties from the use of her song by the San Jose Tourism Team, a show with Blake Shelton and has a major rap producer wanting the stems from her song for a rap remix!

The City of San Jose Tourism Bureau has officially replaced the song used to promote the city for the last 43 years, Dionne Warwick’s “Do You Know The Way To San Jose,” with Grace’s original, San Jose. San Jose was produced, mixed and mastered here at Nashville Trax, and is the track used in the City of San Jose’s vids posted here.

Grace has been tapped to open for country star Blake Shelton when Blake plays in San Jose on Sept. 13th. 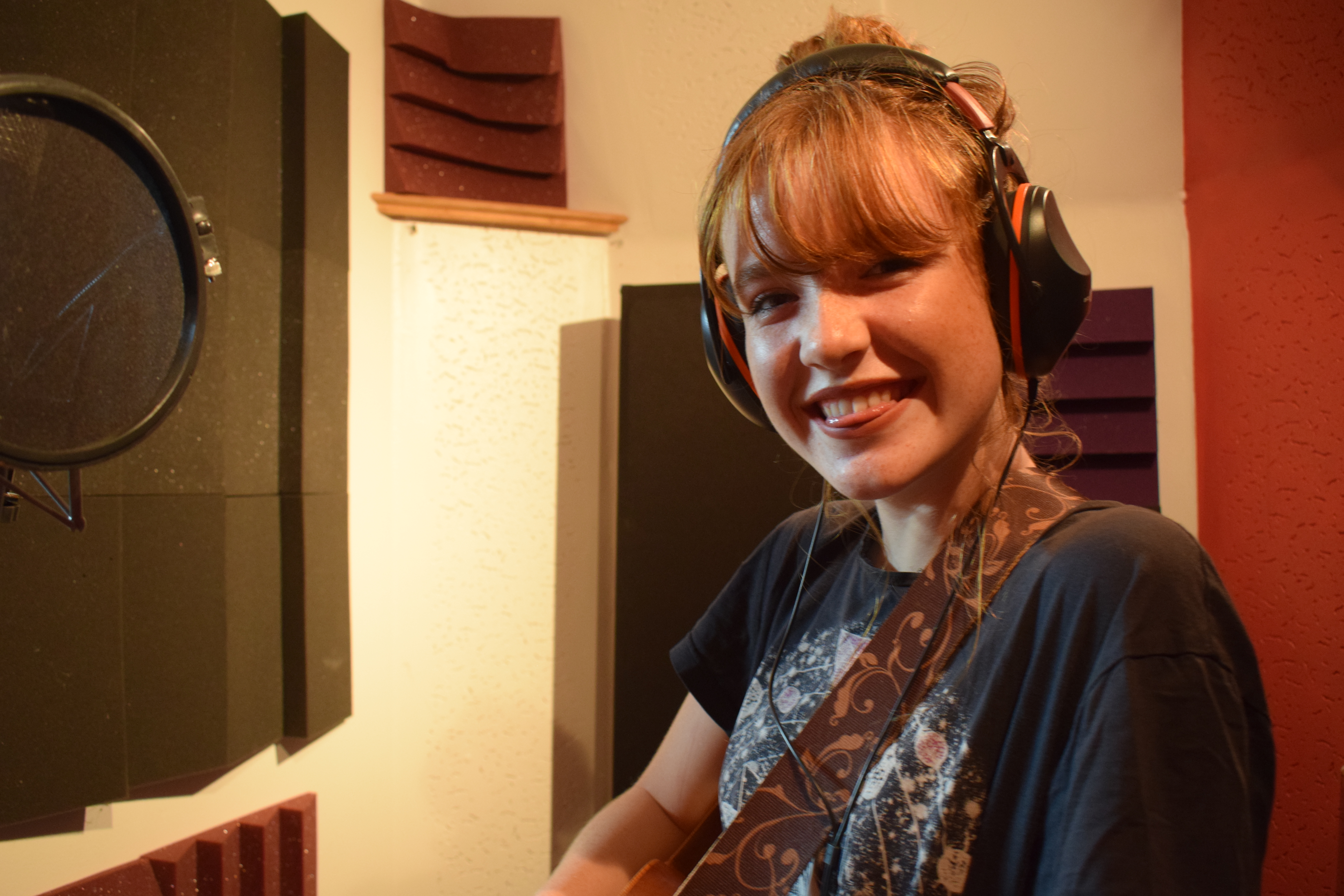 Check out That Girl, another of Grace’s original’s produced at Nashville Trax:

The Swansons out of Southern California perform at Revelry backed up by Nashville based musicians Brent Mason on guitar, Bill Watson on bass guitar, Jim Riley on drums, Jenee Fleenor on Fiddle, Steve King keyboards and Mike Douchette on steel.

Need Acoustic and/or Electric Guitar for Your Project?

Need to add the best guitar tracks Nashville has to offer to your project? And at a reasonable price? Text 615-319-8616 NOW!

Need A Steel Guitar Track for Your Project? Or the Best?

“What a great performance! Thanks for the quick turnaround and for the stellar track. This is totally what I was after.” Dave F.. 9-23-20

We have the player you need!

Need to add the best Pedal Steel Guitar track Nashville has to offer to your project? And at a reasonable price? Text 615-319-8616 NOW! J

Kristen from Newport Beach California, does her first recording ever at Nashville Trax!

August 29th, 2020 was a big day for Kristen, her first time recording on pro equipment!

“It went very well as Kristen has displayed great tone and range,” said producer Bill Watson as the the session unfolded. “She also has great personality, dances and has awesome stage presence. With a little direction, focus and work she’ll be the whole package required to build a career on.”

What an amazing day we had with you !!

Kristin was so nervous coming in and came out so excited with the experience!!!

If you would like to do a similar session- a couple of cover tunes for a few hours as a test before diving into a larger original song project- or maybe you’re ready to dive in on recording a full album? Contact us (text is best) as to your interest at 615-319-8616.

Life Is So Unfair! Releases this week!

The Thompsons, a family band from Canada had Nashville Trax produce this track titled, Life Is So Unfair, this past winter and it’s finally being released, you can hear it on Spotify. 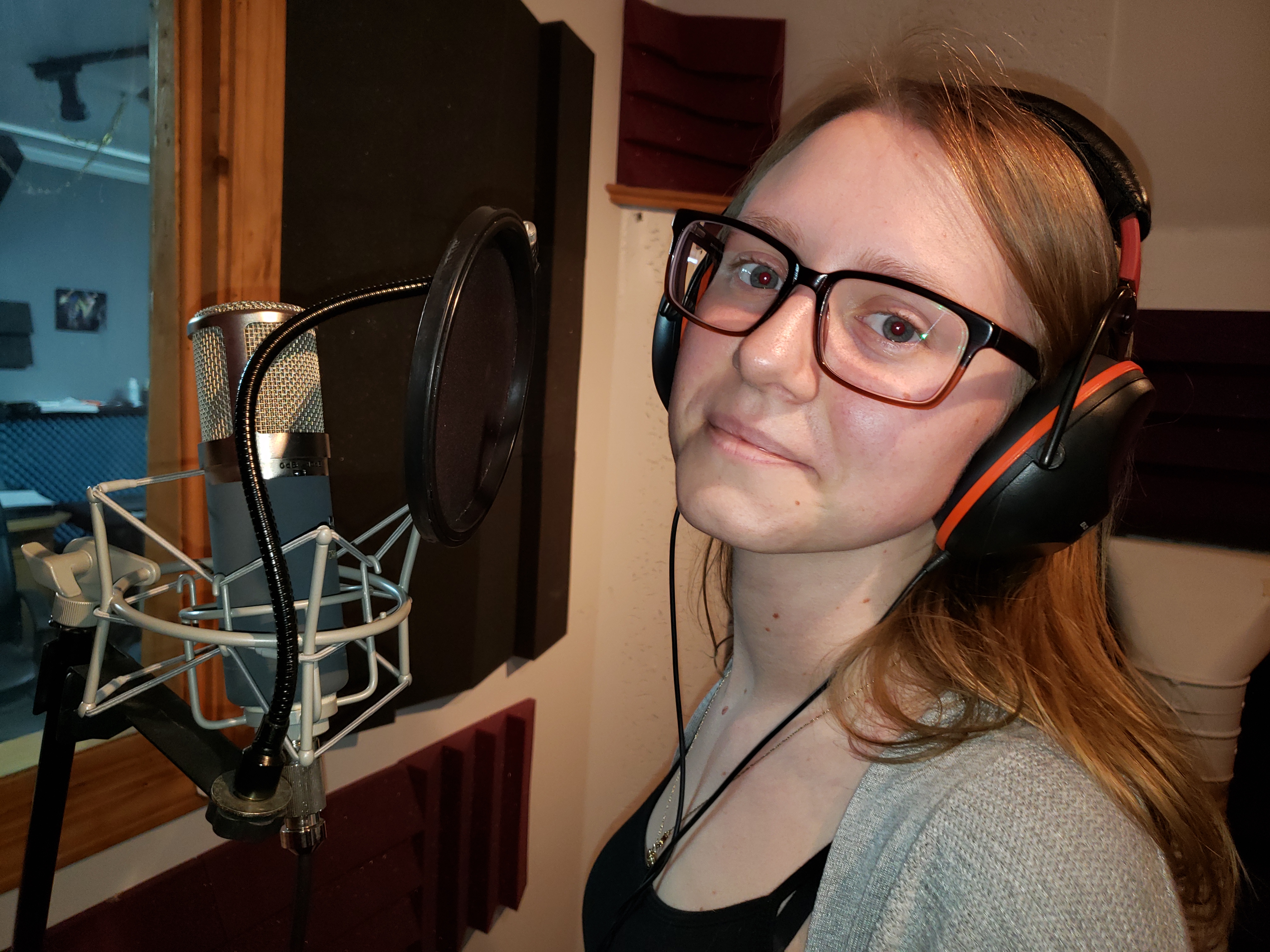 “Life Is So Unfair” written by Danny and Danielle Thompson.

For more about this exciting band visit

And be sure to attend one of their shows listed on the site!

Welcome! To The Play It Again Demos and Nashville Trax Blog

Welcome to the Nashville Songwriter’s Blog sponsored by the song demo service, Play It Again Demos and the recording studio, Nashville Trax.

Nashville Trax is our physical recording studio , Play It Again Demos is our online demo service.  We offer high profile Nashville session musicians to play on your music projects.

We can add specific instruments to your already-started project or produce your demos, singles and albums.

Here are some MP# samples of our work. We produce Country, Christian, Blues, Americana, Bluegrass, Pop, Rock… you name it.

If you haven’t had much success with your music in the past using other studios and producers, hop on board and hold on. Things are about to change!

We have  been in business producing demos, master recordings and instrument tracks for songwriters and producers since 1991.

Not computer savvy? No time? No connections? You’d rather focus on song writing than on song promo? Here’s how we can promote your song for you. What a great time to be a songwriter!

Play It Again Demos is a service for songwriters who need high quality demos made of their work using Nashville session quality musicians and singers.

Nashville Trax is a project recording studio for singers and songwriters who live in the area, those who wish to come to the Nashville area from other locations to record Or we can also work with you remotely without you ever having to leave your hometown. we have successfully worked remotely with songwriters and singers from every state in the U.S. and countries such as Norway, Sweden, Australia, Japan, Czechoslovakia and more.

. Nashville may be known for country and bluegrass but these guys can play anything.

This blog is about songwriting, producing, recording and life. If we think it will help you out in some way, we post it. It’s free of charge and access is unrestricted, stop by anytime. Subscribe if you like, that’s free too. 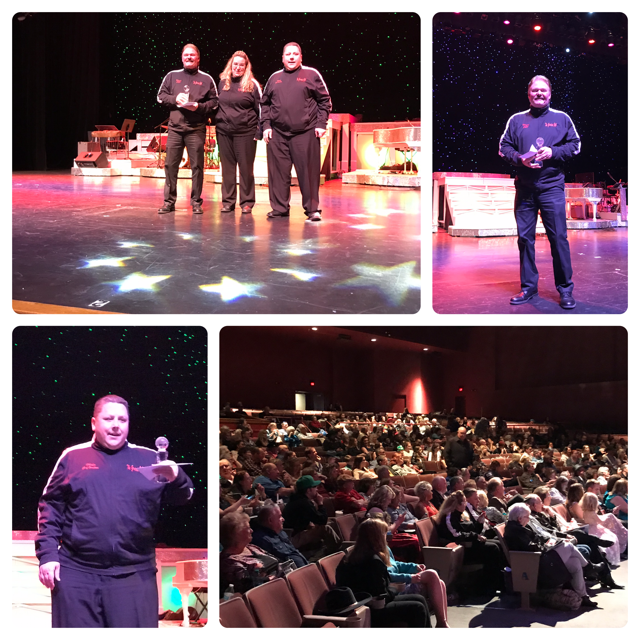 Gospel music trio, The Greatest Gift. won the Gospel Album of the Year at the North American Country Music Association International 2019 competition on March 19th, with Bill Watson of Nashville Trax, who produced their “Closer than Ever” album music and sound tracks.

“We give all of the glory to God for giving us our talents and opportunities to praise Him,” they proclaimed.

They landed several other awards as well:

Gospel Video of the Year

New Gospel Songwriter of the year for “Walk with Me”

Vocals and mixing for their album were done by Bob Catalano of Bobcat Studios. 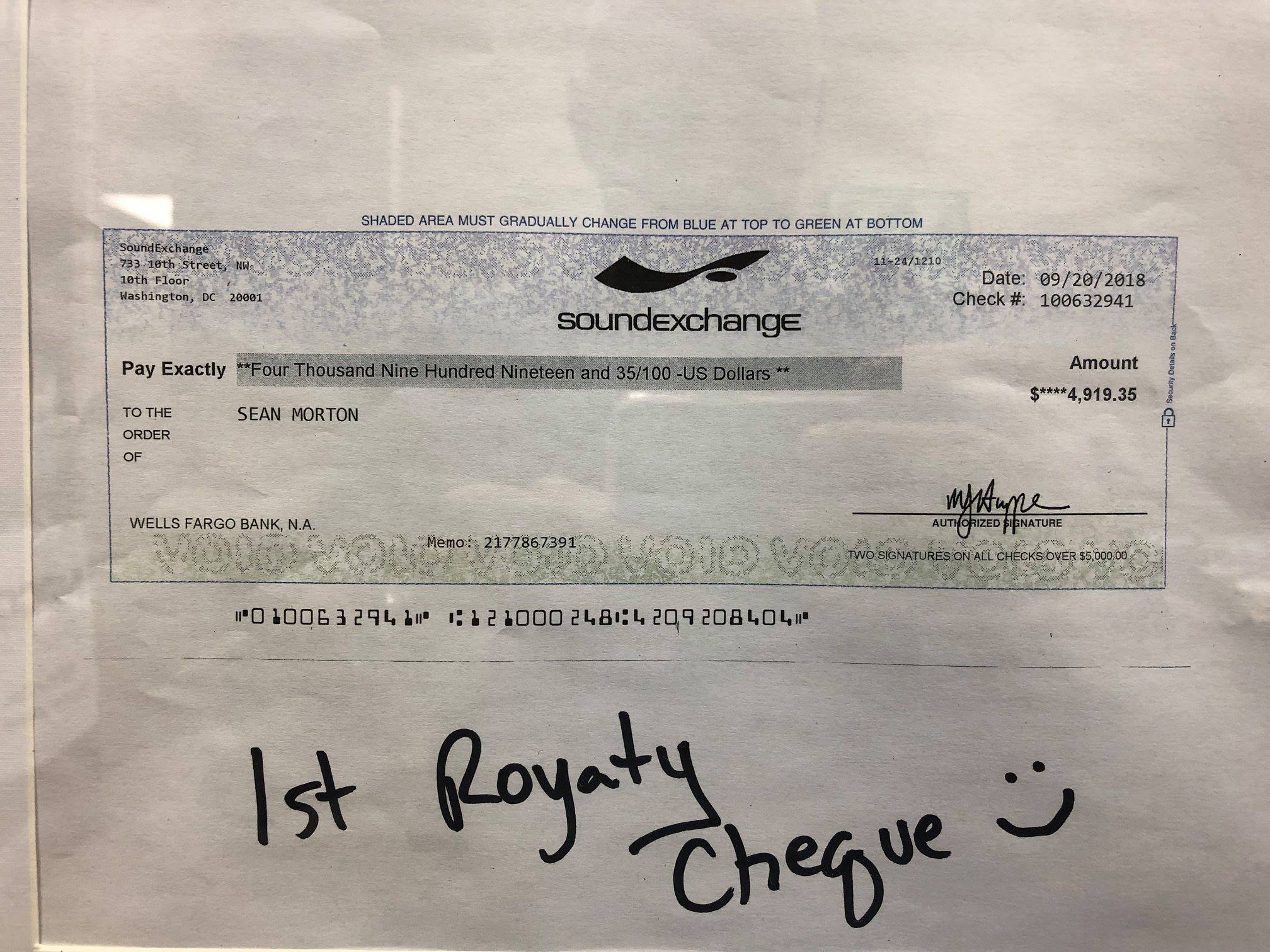 Sean hails from Canada, Nashville Trax has been supplying specific tracks for his projects for about two years now.

We have added drums, bass guitar, fiddle, guitar and more to his projects, whatever he thinks it needs, or he’ll send our producer, Bill Watson, a stereo mix and ask for Watson’s input on what might be beneficial.

When Sean started mentioning that he was receiving royalty checks for these projects, enough to fund additional track work on multiple songs, we became curious, thinking it might benefit our other clients and potential clients to know how he achieved this.

We didn’t ask for it, we really just wanted to know the facts of how he went from recording at home to getting substantial airplay, but we received a bonus, it reads like a testimonial of our work:

“When I finished my EP (using a blend of my own work and tracks by the world class Nashville Trax musicians) I published it through CD baby which enabled me to get it onto all professional download and streaming services. The last step I took was to release it to country radio in Canada through DBDS service.

They picked it up and started playing it on satellite. That picture is the very first royalty cheque I received and I have received even more cheques since then.” 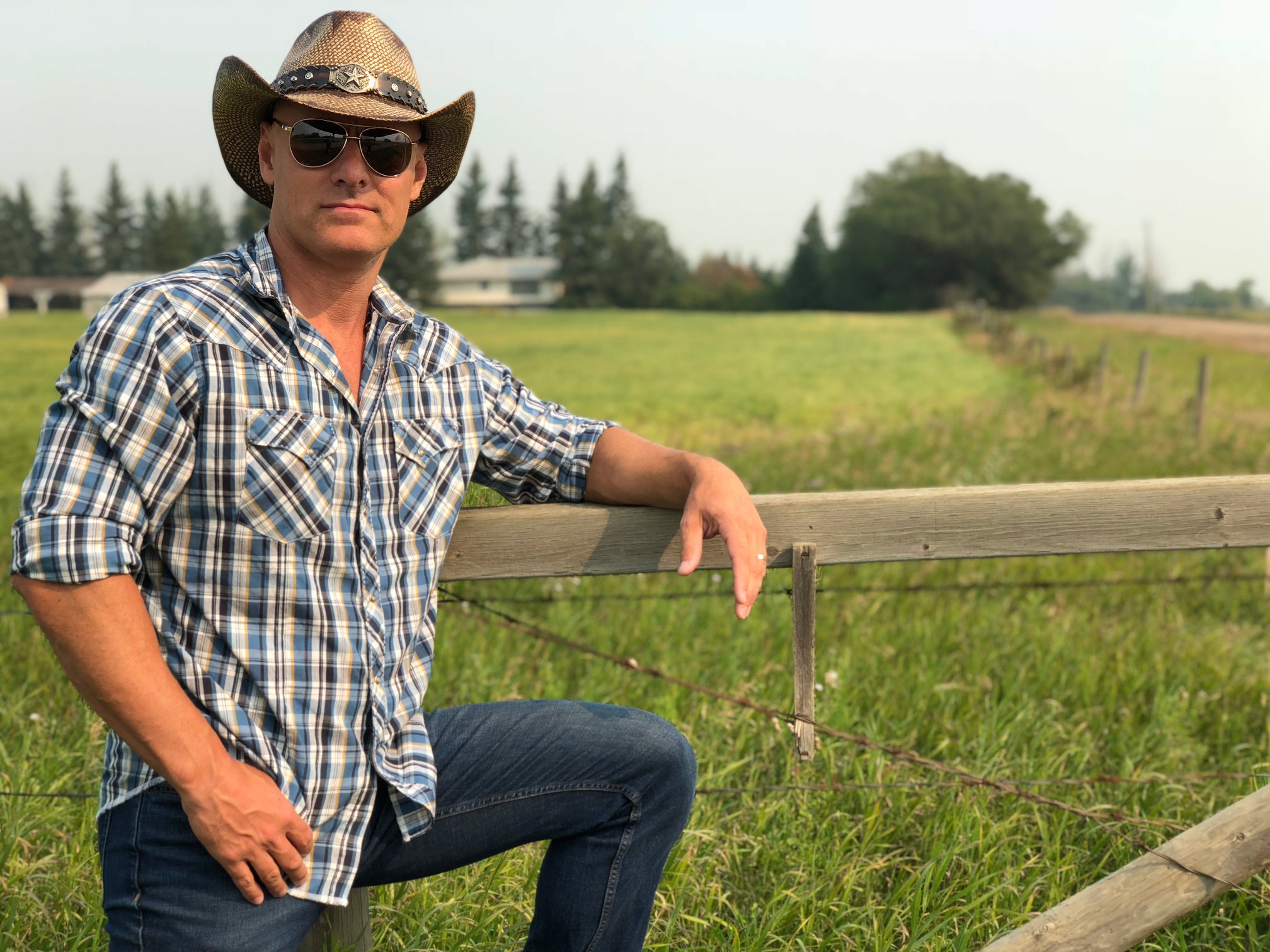 Songwriter Sean Morton. He can now preview the word “songwriter” with “Successful!”

Sean continues, “Utilizing Nashville Trax and getting the privilege of having some of the greatest studio players in the world play on my material ( I’m a country player “hack” up in Northern Alberta ) they inspired me to start writing again and more. They gave me the gift of recording and writing professional sounding music that was only made possible by having a cadre of professional artists readily accessible at a reasonable cost.

They gave me the confidence to risk pushing and exposing my music to the world because of the level to which they elevated things.

Even if I didn’t get those royalty cheques, Nashville Trax was worth the investment into myself. They allowed me to achieve a goal that was always on my bucket list for life. Release some quality sounding songs that I could be proud of. 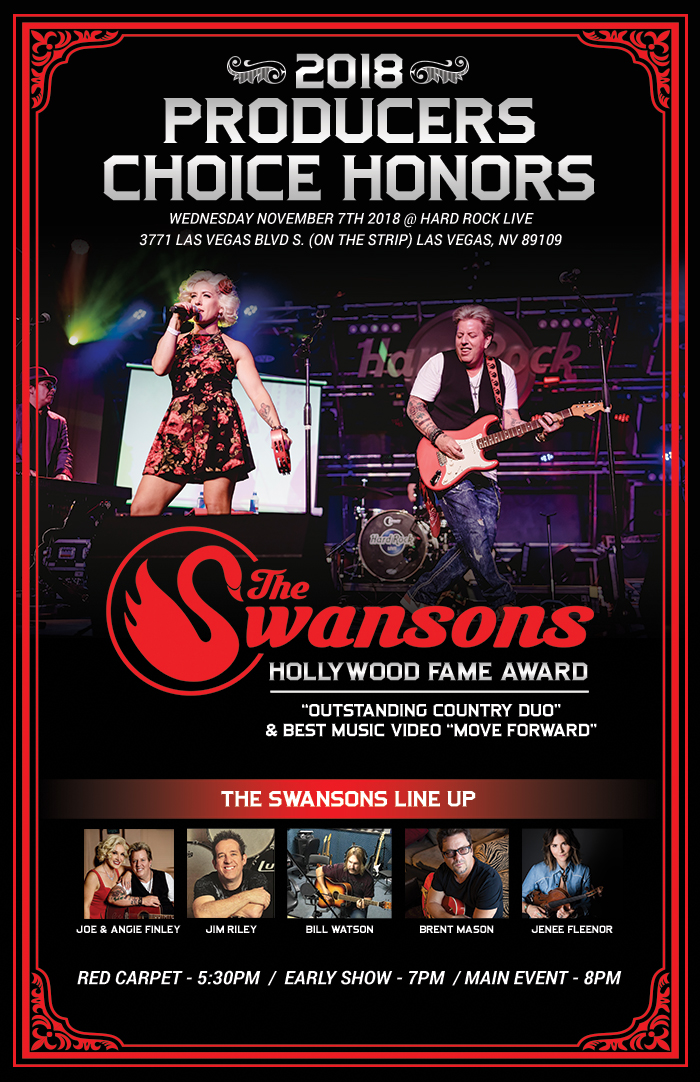 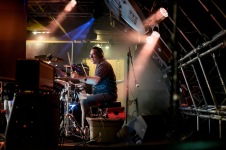