The band Hoffman performing a show in Hendersonville TN. They’re paid  hundreds, sometimes thousands, of dollars in base pay, plus earn even more in tips at each performance!

Do you perform with a band? As a trio? A duo? A single?

A quick search of Gigmasters proves that many singles and duos earn $400 to over $2,000 per performance! Why not you? Sound like a full band without the hassle or expense!

Perhaps you perform now? Have you ever tried making your sound bigger and richer by performing with pre-recorded tracks?

It’s EASY! you’ll hear four count off clicks and the song begins. You play along on whatever instrument(s) you wish. That instrument will be removed from the mix but the rest of the instruments will be there!

Your single act or duo can sound like a full band! Your four piece band can now have professional keyboards!

If you already use karaoke tracks you know most of the parts sound cheesy. Low quality programmed drums are usually the foundation and often, guitar parts are lame because they’re played on keyboards! All outputted to lossy, low quality mp3 files. Not with Nashville Trax, we use ONLY real, pro musicians, ONLY session quality players and we can give you high quality file formats!

For more information visit our site:

How to Obtain A Mechanical License To Legally Record Any Cover Song Ever Released! 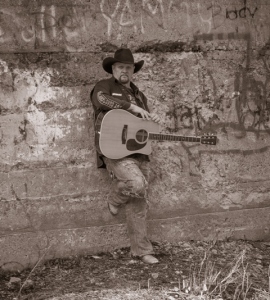 Do you want to record a song that was written and released by a well known artist or group, also known as a cover song?

Perhaps you want to sing the song and release it on your own CD?

Yes, it’s legal provided you obtain what’s known in the industry as a Mechanical License.

If you intend to record cover songs at Nashville Trax you can file the necessary mechanical license request before or after recording, we do not require you have one to record or mix. we can even handle the process for you.

Why? Songwriters and publishers need to make a living. The money you pay for your license will help compensate them.

If you release a cover song recording without a license it is not legal and can result in extremely costly fines and possibly even prison time. If you don’t look good in orange jump suits, don’t do it.

When? If you are cutting a demo with no intention of making a profit, but rather, simply using the recording to demonstrate your talents to music industry professionals and/or other prospective employers of singers and entertainers, you probably don’t need a license.

Once you’re certain you’re moving ahead with a public release of the recording and intend to offer it for sale on CD, as a download or via any other means, you should immediately file for a mechanical license. Most licenses are issued very quickly but some can take months. You don’t want your CD to be on hold waiting for a license to be issued.

The current rate is 9.1 cents per copy for any song up to 5 minutes long.

Where to file depends on how many copies you intend to sell.

If you know for sure you are pressing more than 2,500 copies then you must contact

Outside the U.S A. you will need an import license

The CDs pictured to the above left (Dan Thompson from Canada) and above right (The Greatest Gift from Main) were recorded here but both contained self-penned songs so no mechanical license was required. Now if other artists or groups hear their songs online, on the radio, or elsewhere and wish to record them, those groups would need to file a mechanical with Dan Thompson or The Greatest Gift. They would be paid, as opposed to having to pay to use other songwriter’s works.

How likely is that? If you make a CD and let it sit in your basement, not very. But these groups are working their product. The Greatest Gift is setting the Gospel world on fire using the tracks we cut here to perform with. They’ve won local and regional Christian original song contests, are about to compete nationally and perform regularly at churches and other venues, moving CDs and downloads as they go.

Dan Thompson is performing in Canada and getting airplay in the U.S., Canada, Australia and several European countries. On November 3rd, 2015 he had 23 radio adds in one day!