← Living Life Unchained, Courtesy of The Eagles
How to Earn Income from your Songs on YouTube! →

Where Hope Is Found! 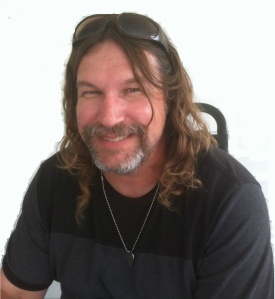 “May the God of hope fill you with all joy and peace as you trust in him, so that you may overflow with hope by the power of the Holy Spirit.” Romans 15:13

Two men* from the small town I grew up in, population a whopping 512, have committed suicide, one very recently. One was my best friend in childhood. Neither was a person you’d ever think would get to that point.

I searched my friend’s final e-mail to me for a sign, but it told only of his home, work and family in glowing, positive terms, no hint of the horrible decision he was about to make.

The enemy loves to get us in a place where we think our lives are great then suddenly overwhelms us with troubles. The intention: shaking our faith, or to reveal our lack of it.

Just after getting the news about the second hometown tragedy, I read an article stating that suicide among the middle aged in the U.S. is increasing rapidly, up 28% over the last decade and up 40% among white men. No surprise. Push God out of our lives, take away that rock, and the quicksand we’re left to stand on swallows us whole when the enemy gives a little push.

The article discussed lack of proper treatment for depression (not enough medication) and the bad economy as being factors in the increase, but of course, published in secular media, not one mention of the real cause or the real cure. But that should be obvious:

After our church worship band played “It Is Well With My Soul” last Sunday, I Googled the title on Wiki and the story behind the song blew me away.

Prior to writing it, thesongwriter was a wealthy lawyer until he lost his wealth in the Great Chicago Fire (he was heavily invested in real estate).

Shortly thereafter he had sent his wife and daughters ahead, intending to join them after he took care of some business matters relating to the fire. Only his wife survived the journey. All four of his daughters drowned in a shipwreck while crossing the Atlantic.

Either one of those tragic disasters, or even much less, would have been enough to send many people over the edge, turn them bitter, or at least cause them to lose faith…maybe even do the unthinkable. But the writer, Horatio Spafford loved Jesus and I’m guessing he knew Him pretty well.

Just after the ship Horatio later sailed on passed the spot where his four daughters drowned, he retired to his cabin and penned the opening verse of this beautiful hymn, every portion brimming, not with the bitterness or anguish you’d expect, but with hope:

“When peace like a river, attendeth my way
When sorrows like sea billows roll
Whatever my lot, Thou hast taught me to know
It is well, it is well, with my soul”

The real cause of suicide? Absence of hope.

The real cure? The source of hope, Jesus Christ.

But few realize they need hope until they can’t find enough, fast enough. Many who are floundering about, knowing something is seriously not right in their life, don’t even realize hope is what they need.

If you’re a little short of it these days I highly recommend you find some.

But get the real stuff, straight from the everlasting fountain of it, Jesus Christ.

I love Cyndi Lauper, in my opinion she is the greatest singer and entertainer to ever walk this planet, but I will take issue with one idea she promotes. Money doesn’t change everything, hope does.

* Update 6-8-14: Unfortunately I must note the passing of a third friend due to suicide. This time one was one of the best guitarists I ever played with, just an amazing musician. Yet when high school was over and some of us went on to play professionally, he chose to work in the mills of Pittsburgh and get married.

Apparently he moved to another state at some point, then, just a couple weeks ago I was told by another old musician friend he had died, by his own hand, his body discovered by his wife. Those close to him say they never saw it coming and I believe that. He had always seemed so rooted, so content, so confident and happy. I don’t know where he was at spiritually or even if he was a believer, but I pray he finds some peace on the other side he apparently didn’t have here.

* * Written in 1873, It Is Well With My Soul has been covered by various Christian artists, most recently by Jars of Clay who recorded it in 2005, by Kutless in 2009 and by Reuben Morgan in 2011. Unlike many songs. it’s being covered more often, not less, as the years go by. The complete original lyric is at the Wiki link above.

Can I get a witness here? This world is a mess but it is well with my soul because I have a Savior in Jesus Christ

It is well, it is well with my soul.

It is well with my soul