Who Cares What The Deputy Thinks? Will A One Man Band Do?

Posted: March 19, 2013 | Author: supermagicmusic007 | Filed under: Samples of Our Work | Tags: hire a one man band demo, Who Cares What The Deputy Thinks? Bill Watson | Leave a comment 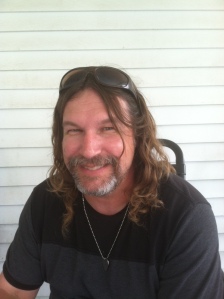 If you can’t afford an “all session player” recording perhaps a one man band recording will work?

I just did two of these for a songwriting duo based in Antioch, TN (just east of Nashville).

For her first project I programmed the drums and Diane, the female half of the duo, was quite happy with it but I recommended hiring session player Jim Riley (long time Rascal Flatts drummer and percussionist) for her second go-round and a session singer who did both lead and background vocals.

“THANK YOU! It’s PERFECT! Thank you so much, Bill. This is so great. I can’t thank you enough. Real drums really make a difference too, huh? ![*:D big grin](Will we be able to get a copy of just instrumental and instrumental + background vocals? You really outdid yourself. Thank you, again. D”

I can program a drum pattern and build your song track-by-track with me playing all or at least most of the instruments OR I can call in a session drummer and then build from that the same way.

Why? Because it will save you some bucks, nothing is more efficient than one guy with some chops knocking it out.

So here’s a sample that can best be described as total strangeness, lol, but it does demonstrate my abilities fairly well.

One-man-band style, I wrote it, played the guitars and other instruments, plus sang the vocals (if you want to call it singing) through a harmonizer, produced, arranged & mixed.

I programmed this particular drum track on the Roland R-8 machine.

That bizarre melody thing happening through the intro, repeated just after on guitar, that sounds like it must be a synthesized kazoo part or something? Nope, vocal through a vocal effects processor.

That spacey, wild electric lead guitar? If you think it might work, I can lay a track like that on your song, just reference this post and ask.

So, would a one-man-band type of demo do for your needs?

Pricing on one-man-band projects is less than for a full band of pro session players and, depending on your goal for the project, may suit your needs.

I can play piano to a degree but some songs may be above my skill level and a real piano guy may need to be hired. Some pop and rap is better with a drum program and/or drum loops but for most styles a real drummer does make a difference.

Who Cares What The Deputy Thinks is © 2016, Bill Watson. For demonstration purposes only. Any other use is a violation of U.S. and International copyright law.

Think a one man band demo will work for you? Shoot us an e-mail at nashtrax@bellsouth.net with your rough mp3 version attached and request a quote today!– b.e.