Recording here at Nashville Trax was a great choice that may parlay into a record deal for this 16-year-old dynamo.

The third time recording here was the charm that landed New Zealander Grace Kelly possible lifetime royalties from the use of her song by the San Jose Tourism Team, a show with Blake Shelton and has a major rap producer wanting the stems from her song for a rap remix!

The City of San Jose Tourism Bureau has officially replaced the song used to promote the city for the last 43 years, Dionne Warwick’s “Do You Know The Way To San Jose,” with Grace’s original, San Jose. San Jose was produced, mixed and mastered here at Nashville Trax, and is the track used in the City of San Jose’s vids posted here.

Grace has been tapped to open for country star Blake Shelton when Blake plays in San Jose on Sept. 13th.

Check out That Girl, another of Grace’s original’s produced at Nashville Trax:

Planning a vacation trip to the U.S.? Stop by to record a couple songs!

Make your vacation to the U.S. and the Nashville area a memory you’ll never forget!

Record with world class musicians, get pics of your recording experience you can post to your friends on Facebook! Get session charts signed by the Nashville musicians and producer!

The Danny Thompson Band single, Miles and Miles (distributed by Sony) which was recorded here, has given Nashville Trax unexpected exposure overseas.

Airplay in the U.K., Australia, Canada and other places has prompted potential clients who live in those countries to seek us out. The sessions have been low pressure, great fun and the clients left with great recordings. Some do cover tunes, some do originals.

It’s so much fun for us to meet people who live in other countries, trade stories and make some great music!

If you, or a member of your family sings or plays an instrument and you are about to vacation in the U.S., why not take advantage of the opportunity to do some music in Nashville?

This is your chance to record with world class musicians, the best on the planet!

Some of our overseas clients did only cover tunes, others only originals. Grace Kelly of New Zealand (pic #1) did both.

“Thanks Bill, I wants to say thanks for your patience, professionalism and support of Grace. Sunday was a big step for her. The guys were all outstanding AND were all great musos too. Loved your bass playing, your lines on her own song really made the track. We can start planning the next project. Best to you and the guys.” Brian (Kelly)

This from our clients from Germany:

Feel free to post the mixes on the website.  They really sound great, thanks again to both Shawn and you.

Here are some pics from sessions we’ve done recently with clients from outside the U.S. (Canada, Germany and New Zealand): 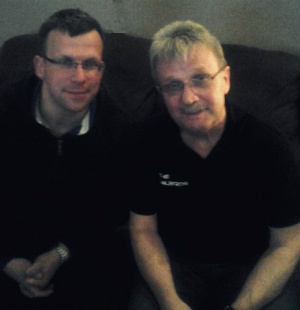 Dirk and his father, Walther 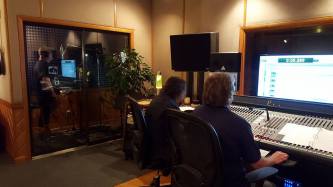 You can sing and play everything yourself, or perhaps just you and another family member can record together.

We can add any musicians you need or provide the whole band!