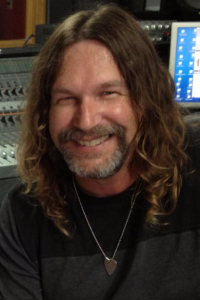 A tune came in today (by songwriter Tom Hogan a.k.a. Steve Zodiak) at Play It Again Demos that uses a rarely-employed technique you might wish to experiment with.

The song features a happy, upbeat melody but the lyric is definitely negative. For some reason that contrast works.

The best example of this technique is Jim Croce’s “Workin’ At The Car Wash Blues” where the lyric reveals the dichotomy between the singer’s current career path: “rubbing fenders with a rag and walking home in soggy old shoes” with where he feels he deserves to be: sitting in an air-conditioned office “talkin’ some trash to my secretary sayin’, ‘Hey now mama come on over here!”

I can’t agree with the attitude, a real man treats women they deal with in business or in their personal life as they would want their mother or sister to be treated, but the lyric’s contrast between fantasy and reality is hilarious.

In tough guy with a sensitive side, Jim Croce’s defense, he also wrote “Time In A Bottle” as well as “Operator.”

Another example is “Semi Charmed Life” by Third Eye Blind. It can give you happy feet but the lyric is mostly negative. Including lyric lines discussing crystal meth addiction.

Happy music, not so fun-loving lyric.

Heres a little song i wrote, ya might wanna sing it note for note, so dont worry, be happy

I'm listening to "I'll Have To Say I Love You In A Song" by Jim Croce on Pandora http://t.co/JCGrlUfrtl #pandora