← Self-producing a music project and need session quality instrument tracks?
“Miles and Miles” by Dan Thompson Gaining Traction On Radio, including on the BBC! → 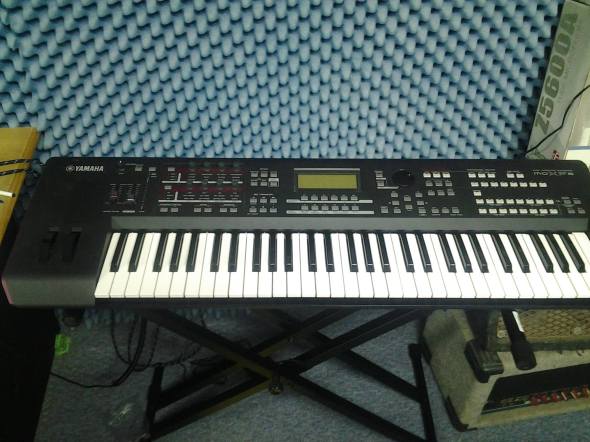 We do a lot of keyboard tracking work performed by session keyboard players who typically cart in a Yamaha Motif. But we like to have a keyboard available in the studio also to do a quick addition of sounds to a project. Maybe B3 on chorus sections or the creation of a loop. When it was time to upgrade from the old Roland we started researching the weapon of choice of the players we use and the Motif series in general. Here’s what we learned:

The MOX series has the exact same Motif sound engine but less features. Some reviewers on various music sales sites say although the sound engine is identical, processing later in the chain gives the MOX series lesser quality sound. But even those reviewers acknowledged the sounds were still excellent. “You’d have to A-B compare the Motif and MOX side-by-side to hear the subtle difference,” said one reviewer.

.Our principle concern is quality B3 organ, piano and string sounds. When we tried the MOXF6 at a local Sam Ash store, the piano and string patches sounded very good but the B3 organ patches came up short of our standards. A little digging around though turned up a site that make organ and piano libraries for the MOX series:

What finally convinced us to make the purchase was this video. It’s in Japanese but has subtitles in English. This guy really does a great job demonstrating the capabilities of the Yamaha MOX F6:

Update: 6 months after purchasing the MOX XF6 we are completely satisfied with it. It’s been used on all types of projects and has delivered exactly what was needed every time.

Note that if you;re researching the Motif series for recording work, a big part of achieving great keyboard tracks is the player rather than the keyboard. Unless you are a session quality keyboard player, another way to handle your keyboard work for far less money and  get better tracks than you can play yourself is to hire us to do them. It’s simple, fast and affordable. Check this out:

We can also add vocals, sax, harmonica, fiddle, violin, pedal steel guitar, guitar, bass guitar and more to your project. For pricing and specific musicians and singers, check out our Nashville Trax web site under the word “More” in the upper right corner.