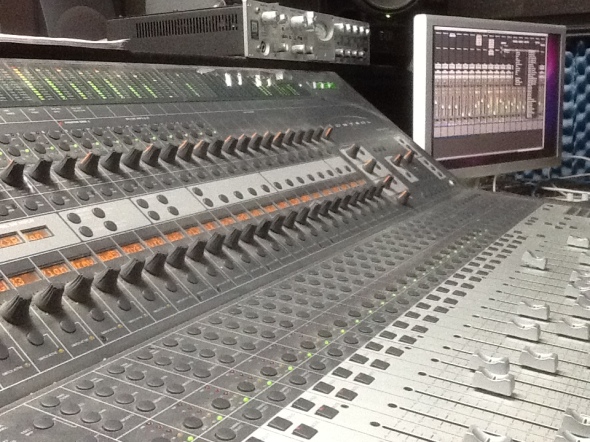 You Can Be On The Next Nashville Trax Session!

It may seem strange for a studio owner to recommend other Nashville Recording Studios but the deeper I get into my relationship with Jesus the more I realize that when He walked the earth, among other things, he was trying to tell us that in many regards our way of thinking is wrong. We sometimes believe we’re thinking logically when we’re not, because we leave God out of the equation. Let me rephrase: Sometimes we’re thinking logically just not God-logically, and therefore we’re doomed to failure.

It was typical of Jesus to not do things or say things according to man’s logic. Presented with an “A or B?” answer to a question Jesus, as usual, went to weirdness: “You can have that coin,” He said, “I made the fish.” I’m paraphrasing here, but basically, that was what he answered when asked a question about paying taxes.

“Lose your life and you will find it.”

“Drink, for this is my blood.”

The King of Kings, the only king with absolute ultimate power was also the only one to never take physical territory, to never occupyland. Instead, He established His kingdom in hearts and minds, The Good News, the gospel, was a concept revealed to just a handful, a tiny ripple in the fabric of history that has become a mighty wave and changed the world like no other concept ever conceived. Today, over 2,000 years after that little band of His direct followers last walked the earth, the concept and kingdom only expands.

A King who washed the feet of His subjects. Really? Yes, really.

The religious leaders of the day repeatedly tried to trap Jesus on some big issue or other. If they presented Him with a reductio ad absurdum argument, he’d counter with dilemma syllogism, confounding the religious leaders attempts to outwit the greatest thinker that ever walked the planet.

In business, our little mind tells us to destroy our competition. But “Jesus thinking” using our bigger mind, reveals that work doesn’t come from hurting others or minimizing other’s efforts, but rather, reveals that He is the source of blessings. Follow His example, do things as He might, counter-intuitively even, and for you, He might just decide to do something outside the bounds of man logic, outside the bounds of physics.. perhaps satisfy multitudes with just a few loaves of bread?

Or maybe give you work in abundance when your actions would logically suggest a different outcome.

Of the many Nashville Recording Studios, these are some of the unsung heroes. These are studios that I’ve used and can recommend:

Shadow Lane Studios Owned by engineer Phillip Wolfe. Phil is a truly nice man and a most excellent tracking and mixing engineer.

RFM Ron has been a good friend for years now, a great engineer, and usually has the chili cooking.

Palm Tree Dreams: There’s no link here because the studio is no longer in business but it used to be down on 17th Ave. South on Music Row, housed in Chet Atkins’ old studio. the Engineer/owner Ronny Palmer absolutely deserves a mention. I recorded there prior to building my own studio and I don’t think Ronny ever received, or does receive, credit for just how good of a tracking and mixing engineer he is.

Mocking Bird Hill Studios Steve is an excellent musician and engineer and we worked together on several projects. I can’t find his studio link and it may be that he’s no longer involved in music to the degree he once was but I believe he still has the studio and he’s worth mentioning regardless.

Angello Sound Studio. This one is out on the fringes in Hermitage, TN but worth the ride because Tom is a great guy and excellent guitar player who also believes in passing it along. He went out of his way to help me out once when my gear was down and I needed a place to record and hopefully with this I’ll send it on back around.

Other great studios I heartily recommend around Nashville area include: