← How to Obtain A Mechanical License To Legally Record Any Cover Song Ever Released!
Is your Child a Future Star? Disney Rap, Pop Music, or Country, We Can Help! →

Pre-production has started for a 10 song album featuring blues guitarist Tony Pizzino and singer Grant Anderson. Bill Watson will be playing bass on it, as well as co-producing with Jack White, who will also be playing drums. Tony is flat out amazing on blues guitar and Grant has a unique, totally awesome voice that naturally leans toward blues They’ve both written some excellent songs for the project. Bill, Tony and Jack recorded test rhythm tracks back in August.

Update: This album is in progress. Several songs have been tracked and a Christian spinoff project is underway with a song titled “Finally Free” tracked and rough mixed, and another titled  “Into The Light” being co-written by Bill and Grant. 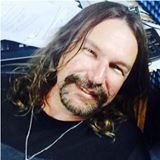